The Great Hall (‘the Vanbrugh Hall’) was lauded by the British scholar of architecture, Nikolaus Pevsner, as ‘unquestionably Vanbrugh’s finest room’. 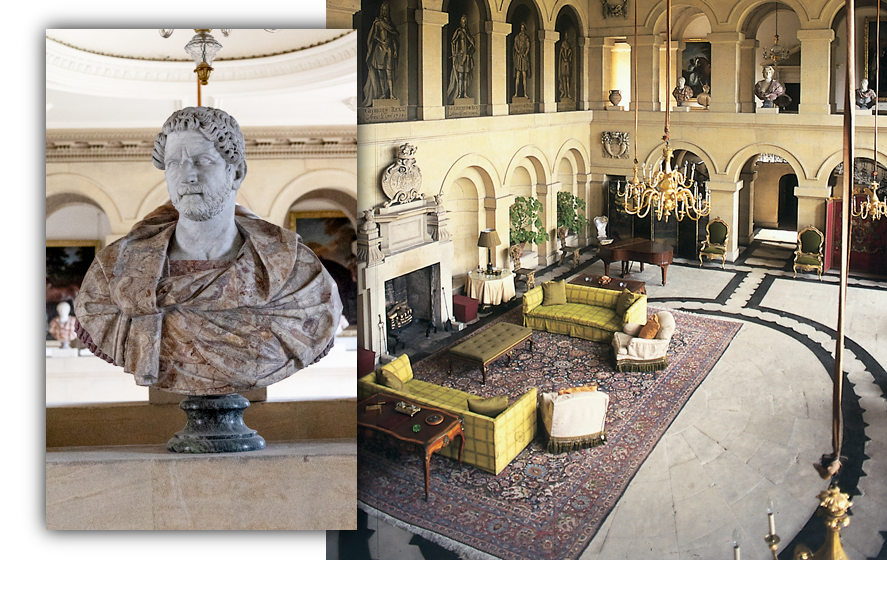 Created by Sir John Vanbrugh in the early 1720s for the first Duke of Ancaster, its dramatic proportions are a masterclass in elegant symmetry. The spectacular double level of arches encompassing the interior space mirrors the architectural motif of the exterior north front. Arcaded screens at the east and west ends separate the main hall from the double staircases, with their impressive ironwork balustrades, leading to the first floor state rooms. The ceilings above are decorated with mythological scenes by Francesco Sleter and Sir James Thornhill, who also painted the imposing portraits of British monarchs en grisaille in the arched recesses high on the south wall.

It is probable that Nicholas Hawksmoor, who worked at Grimsthorpe after Vanbrugh’s death in 1726, designed several of the elements here: the monumental chimneypiece, the carved stone reliefs on the screen walls and the pedimented doorcases on the landings, based on a design by Michelangelo.

A series of giltwood chandeliers made for the first Duke float in the cavernous space below the domed ceiling, illuminating the marble busts of Roman emperors and ancient gods who survey the scene from on high. 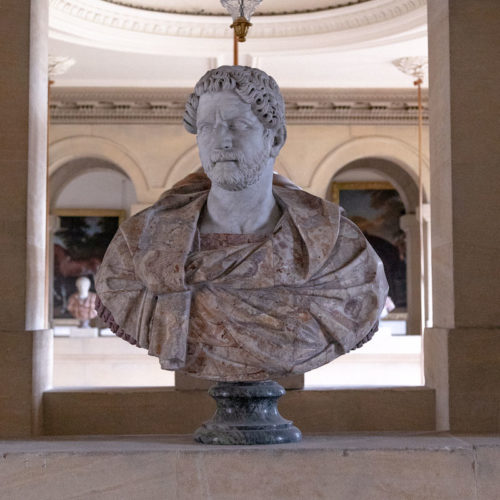 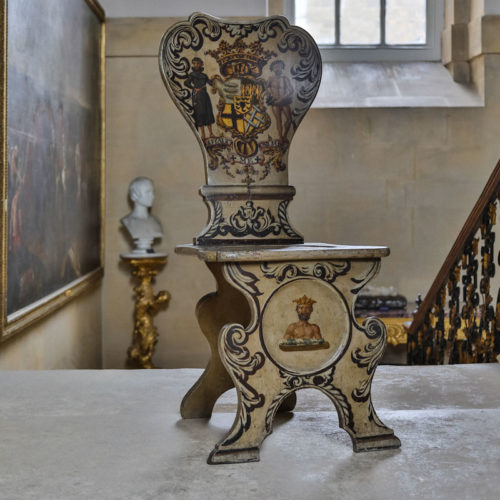 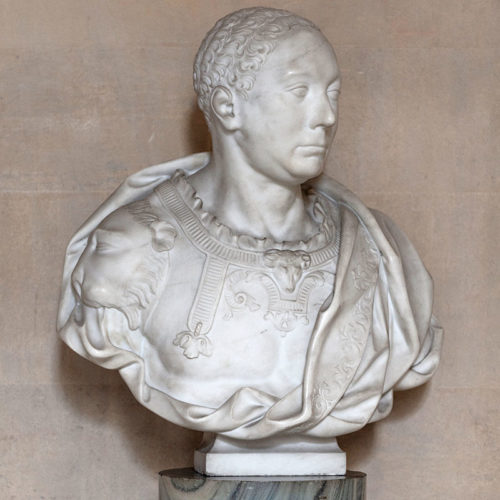