Topiary Around The World

TOPIARY AROUND THE WORLD

Topiary is popular in many countries around the world – indeed some of the most visually striking topiary displays can be found in places far and wide as Ecuador, Costa Rica, France and the USA, as well as in Britain. However it is generally known that the most prolific topiary today is in the Netherlands, where it is at its most elaborate and inventive.

Fashions in garden design, as in architectural design, spread throughout Europe and the rest of the world as all manner of people travelled from country to country – from royalty and nobility to craftsmen, artists and designers – changing tastes and techniques as they went. Today, trends transcend borders and continents, but beautiful examples of formal gardens can be seen abroad. 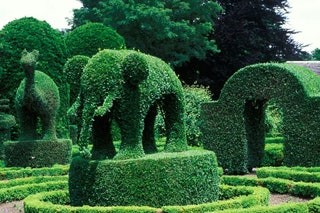 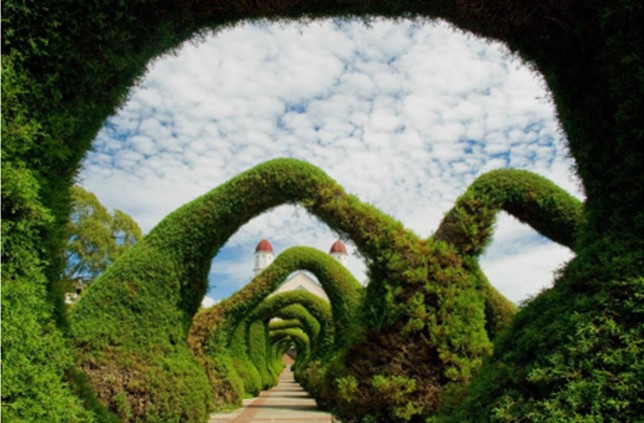 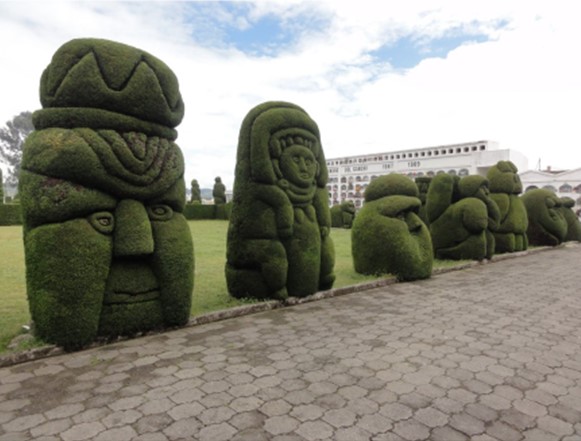 The Périgord region of France is home to a truly remarkable topiary garden on the Dordogne River. Created in 1861, this romantic and picturesque garden boasts over 6km of pathways surrounded by over 150,000 hand-pruned boxwoods pruned to mimic the surrounding hills of the Dordogne Valley or, when viewed from above, the backs of grazing sheep. It is now listed as a National Historical Monument, surrounding a stone-tiled château from the early 19th Century.

In Holland, where topiary has a long history, Boskoop, in the south, is a major centre for box nurseries. The restored royal palace gardens at Het Loo in East Holland are a particularly wonderful example of the complexity and beauty of 17th Century Dutch topiary design. The King, William III, and his English wife Princess Mary had a passion for garden design, and had the gardens at Het Loo restored with symmetry the most important aspect. Today they remain the only reconstructed baroque gardens in the Netherlands.

Grimsthorpe’s sister site, Drummond Castle in Crieff, Scotland, represents a grand, 17th-Century Scottish garden. It boasts a parterre in the shape of the Drummond family coat of arms, and has been recently used in the TV series Outlander to represent the gardens at Versailles. Queen Victoria and Prince Albert visited Drummond in 1842, the Queen writing in her diary that they ‘walked in the garden which is really very fine, with terraces, like an old French garden’. 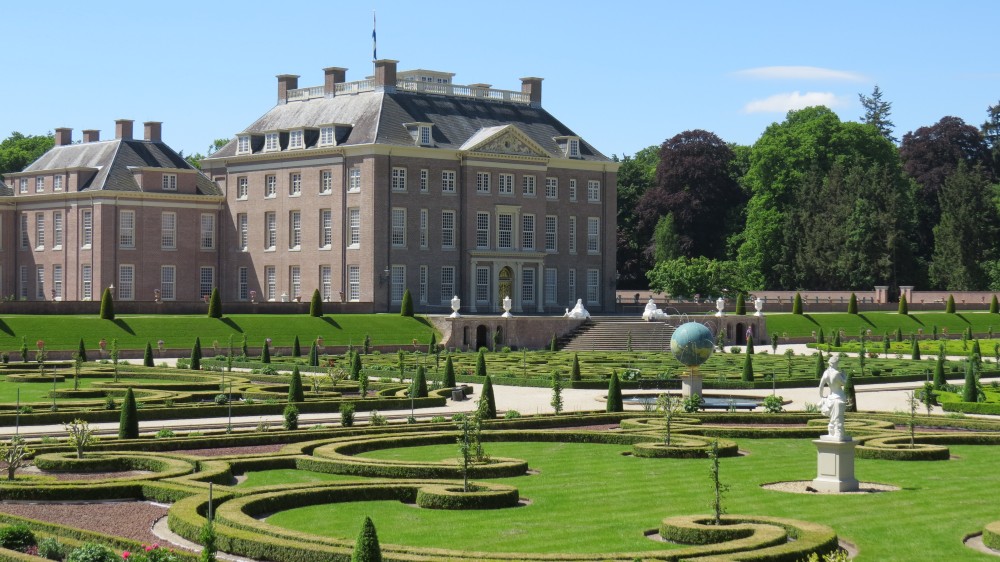 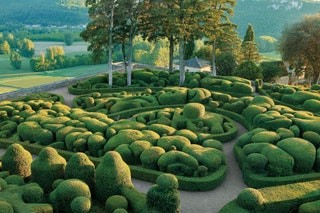 The Rest of the World

In Rhode Island, USA, the Green Animals Topiary Garden is home to more than 80 topiary trees in the shape of various animals, including teddy bears, an elephant, an ostrich, and a unicorn. It is a popular site for children! The head gardener of the small estate began experimenting with topiary in the early 20th Century. It was renamed Green Animals in the 1940s and by 1947, the garden had achieved such renown that a young Jacqueline Bouvier had her debutante party there. Today it is open to visitors.

A cemetery in Tulcán, Ecuador, is announced to be ‘so beautiful it invited one to die’, according to its creator. Josè Maria Azael Franco, who worked in the Municipal Cemetery in the 1930s, sculpted the cypress bushes in Roman, Incan, Aztec and Egyptian themes. He wanted to celebrate Ecuadorian flora, fauna and indigenous cultures in his living art. Today, the cemetery has more than 100 intricate topiary creations.

Evangelista Blanco Brenes created the whimsical garden at the Church of San Rafael, Zarcero, Costa Rica in 1964. The topiary features religious symbology, including a topiary Christ carrying a cross, but there’s also a dinosaur, an octopus and a series of 16 topiary arches that lead to the church’s entrance. It takes Brenes an entire month to trim everything – and when he’s finished, it’s time to start over again.