Grimsthorpe Castle rises majestically above its sweeping parkland, an enduring and monumental presence, hewn from the golden limestone of local quarries.

An unexpected marriage of architectural styles, the quirkiness of the Tudor south façade is contrasted by the Baroque splendour of the principal north front, the final masterpiece of Sir John Vanbrugh, architect of Blenheim Palace and Castle Howard. 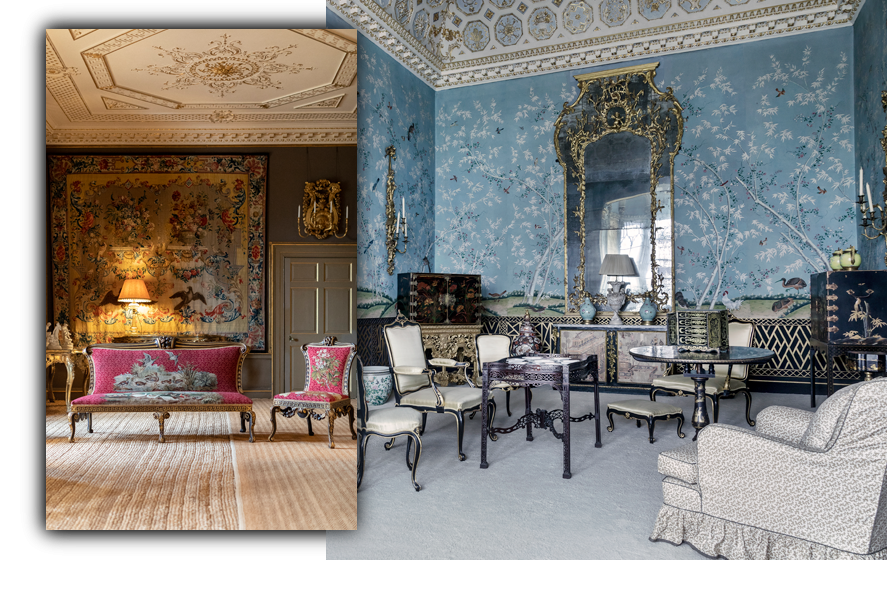 In 1516 Grimsthorpe and its lands were presented by Henry VIII as a wedding gift to William, 11th Lord Willoughby de Eresby and his Spanish bride, Maria de Salinas, lady-in-waiting and confidante of Henry’s Queen, Katherine of Aragon. Through myriad different titles bestowed upon their descendants over the last five hundred years – the Duchess of Suffolk, the Earls and later Marquess of Lindsey, the Dukes of Ancaster and Kesteven, the Barons Gwydir and Aveland and the Earls of Ancaster – the ownership of Grimsthorpe has remained in successive generations of the same family united under one ancient title, the Barony of Willoughby de Eresby.

This long and continuous occupation by the Willoughbys is reflected in the remarkable collection of art and furnishings to be found in the house today: an eloquent record of the characters and fortunes of a powerful and influential dynasty over half a millennium.

The Willoughby de Eresby family is one of three in England who still fulfill the hereditary office of Lord Great Chamberlain, the Monarch’s representative at the Palace of Westminster. Due to this role, Grimsthorpe houses one of the largest collections of royal thrones and furnishings outside the Royal Palaces.

Open from 12-4 (last admission 3.15pm). Guides are available in rooms to answer questions.

The Vanbrugh Hall, the Chinese Drawing Room and the Chapel are on the ground floor of the Castle and are easily accessible. Access to and from rooms on the first floor is by two flights of stairs. There is a ‘virtual’ tour of the State rooms that can be watched on our laptop for those unable to gain access to the first floor.

Take a look inside… 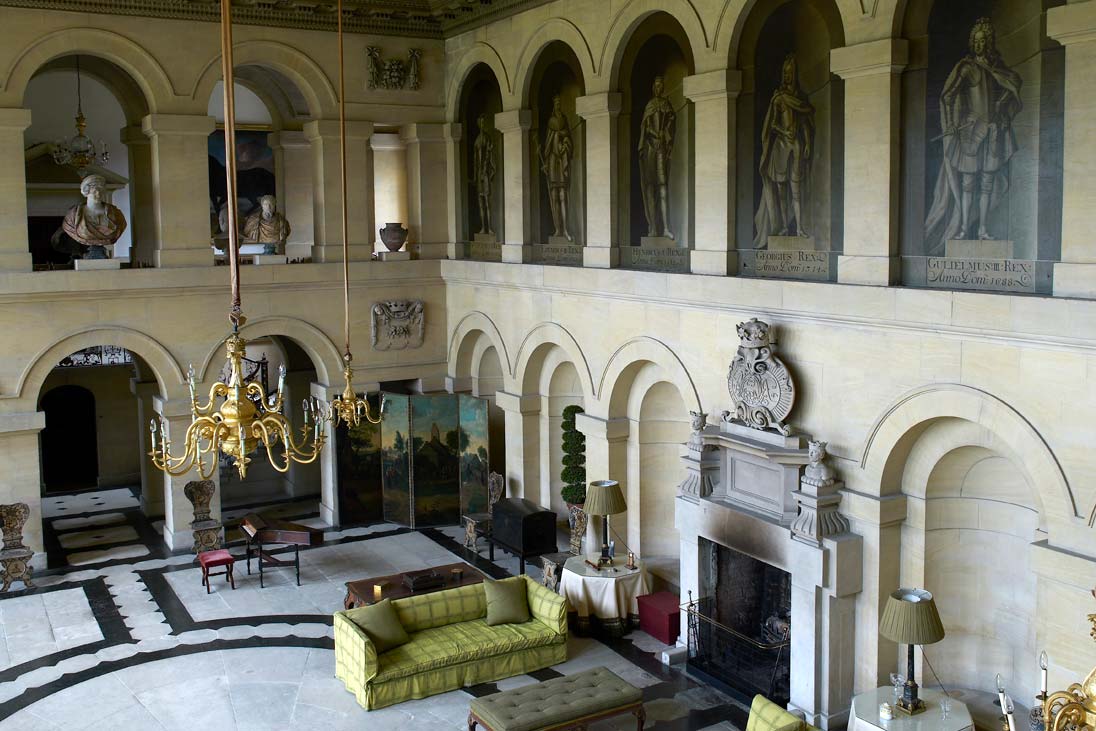 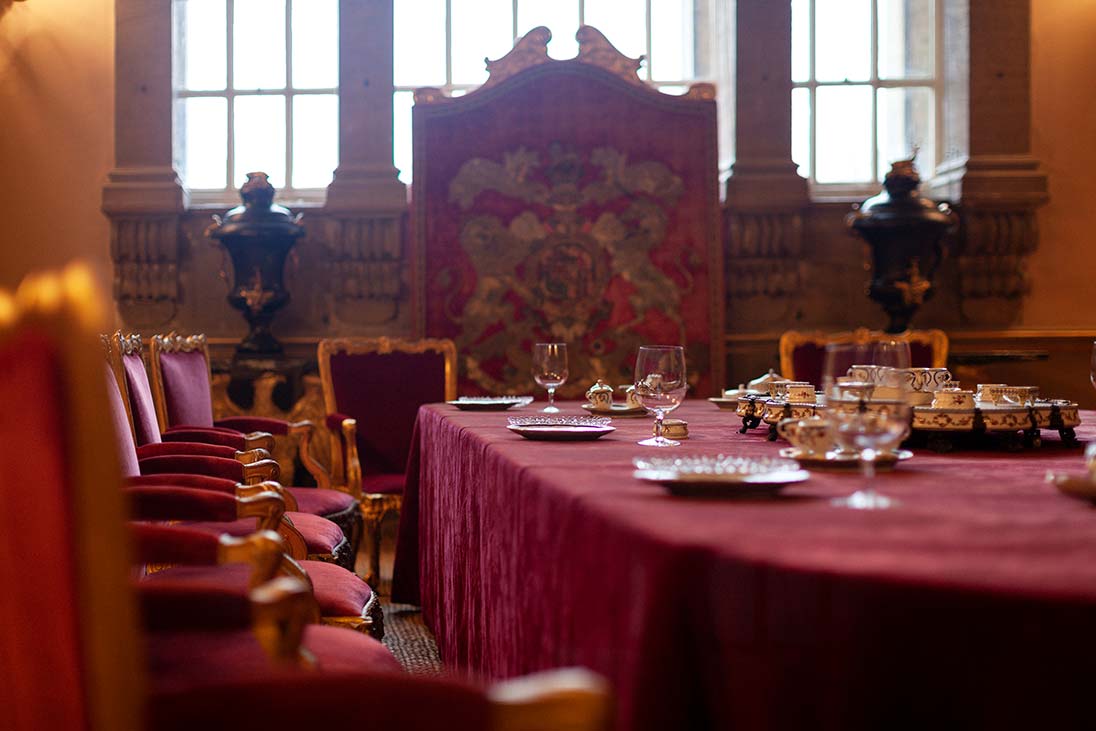 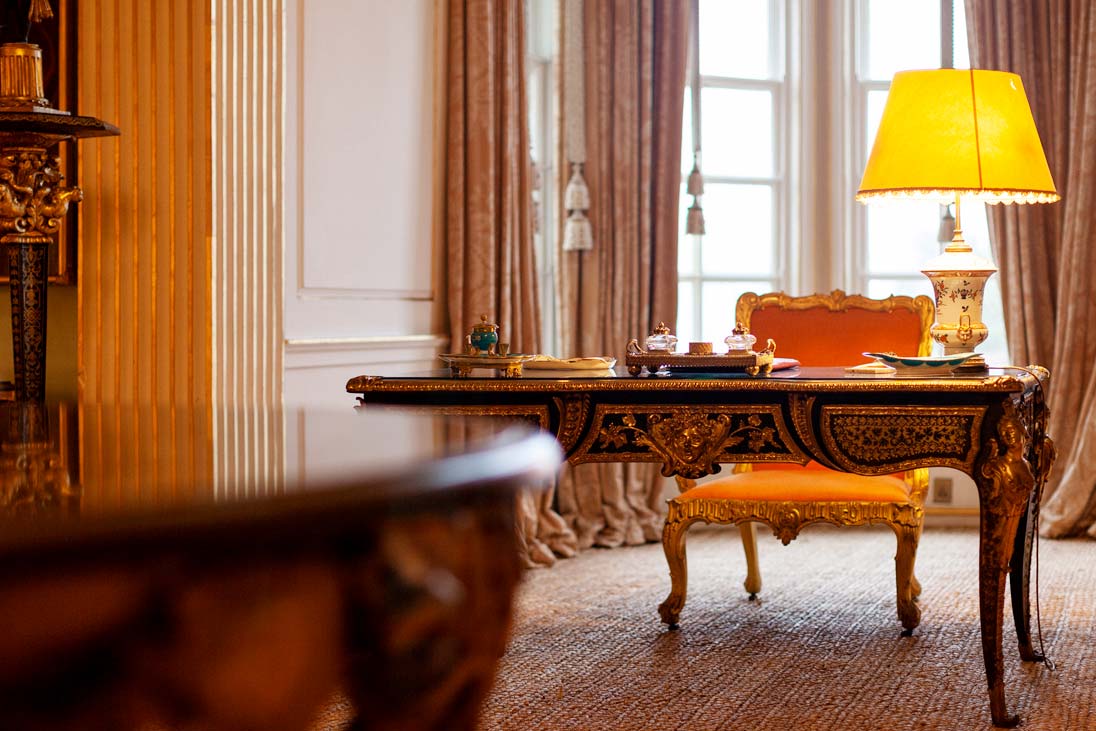 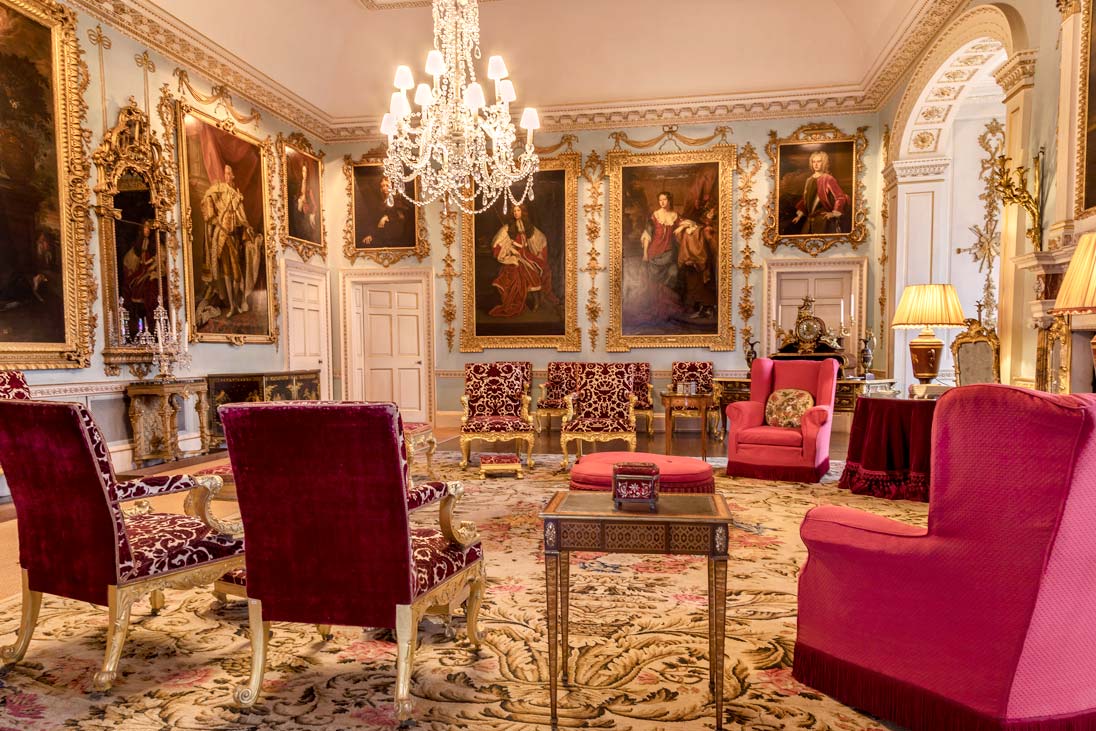 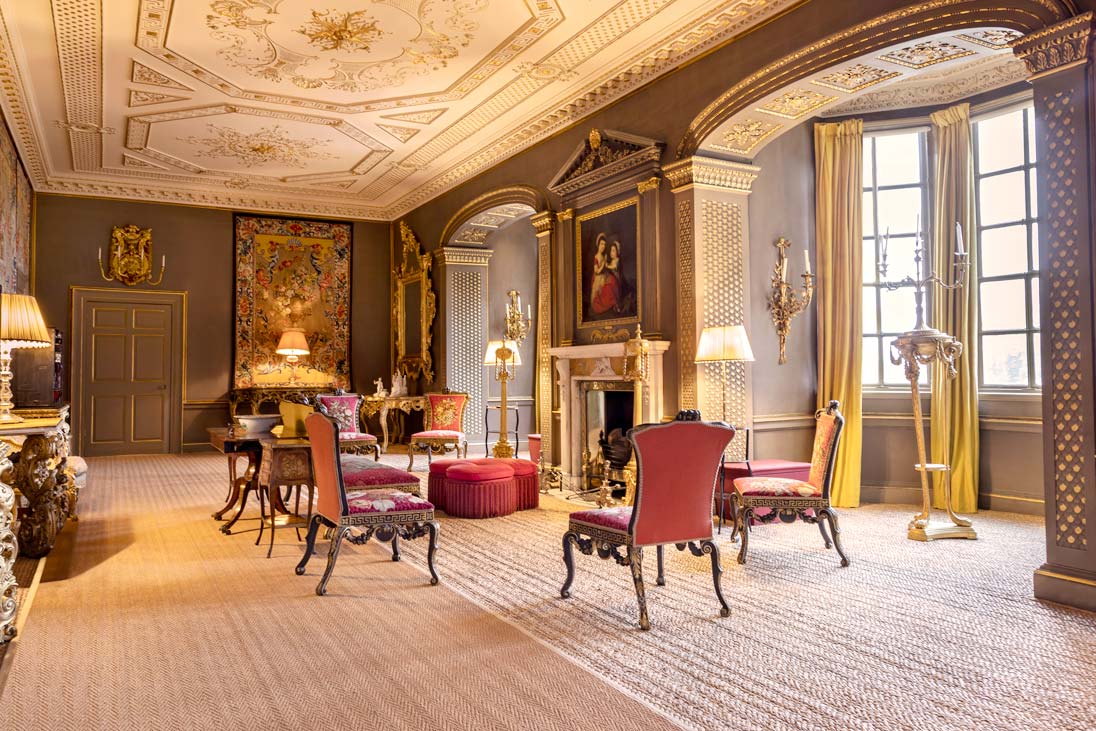 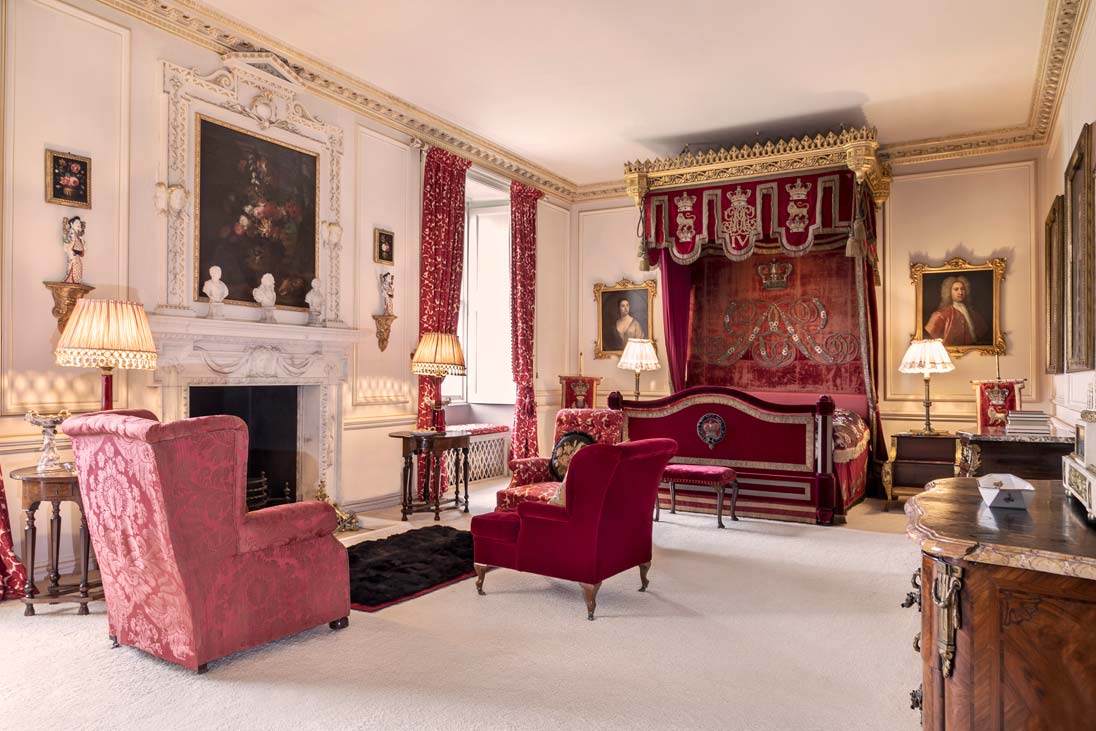 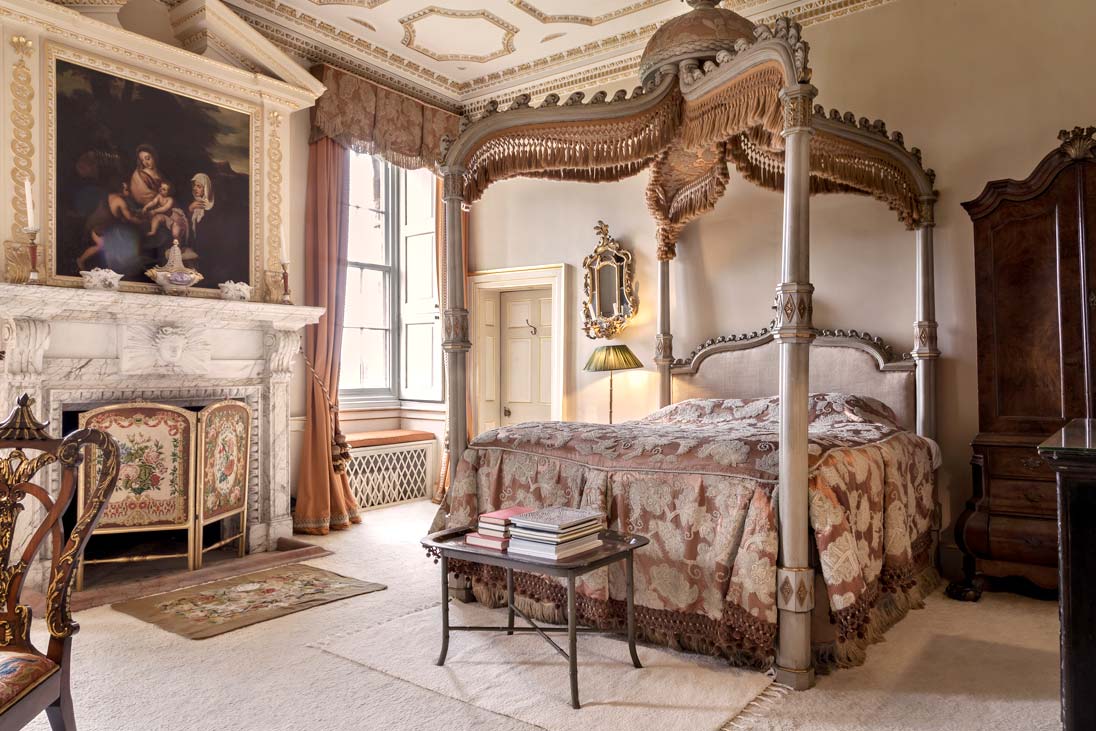 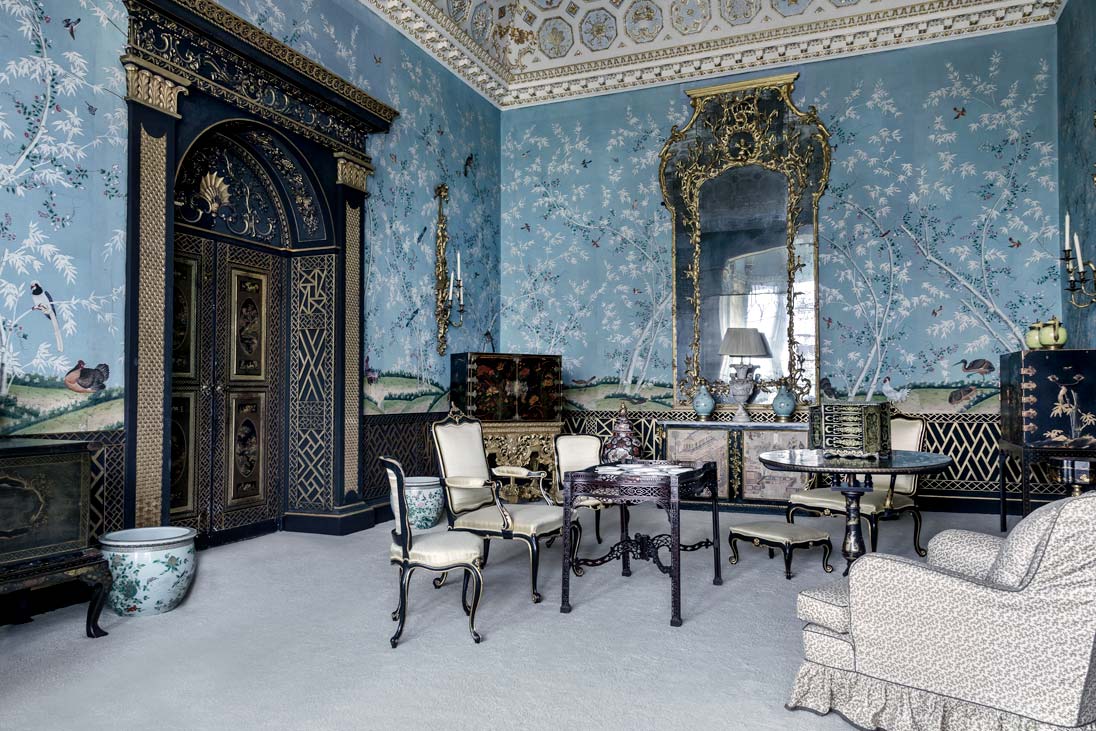 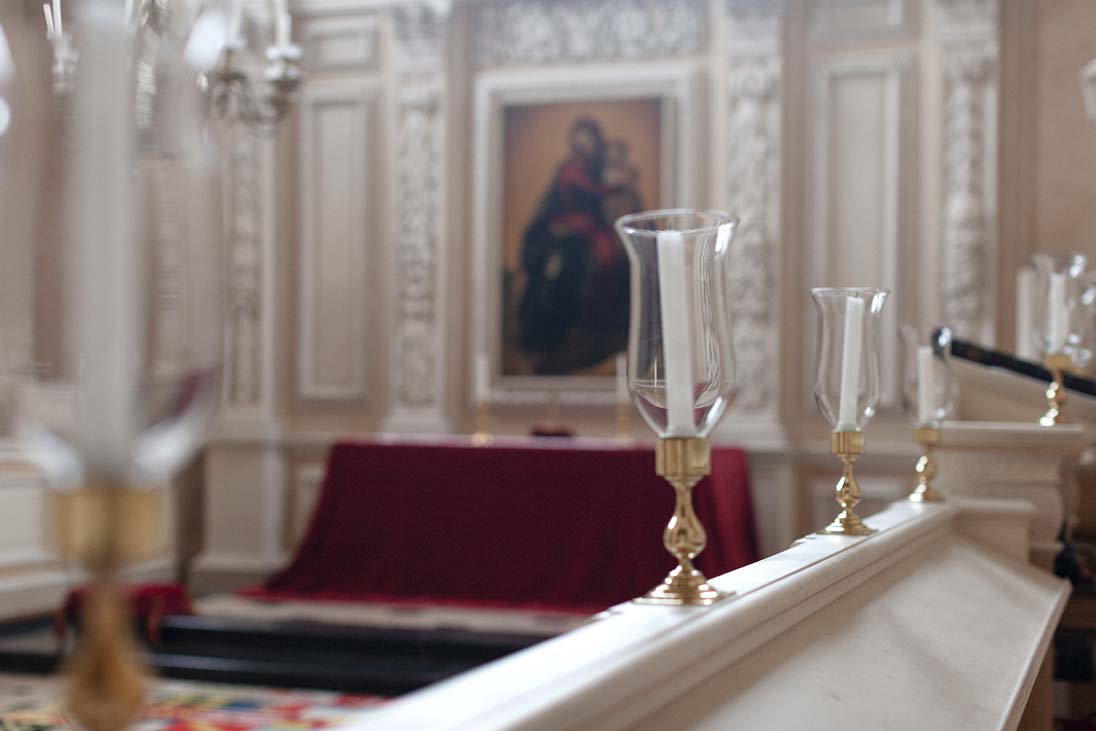